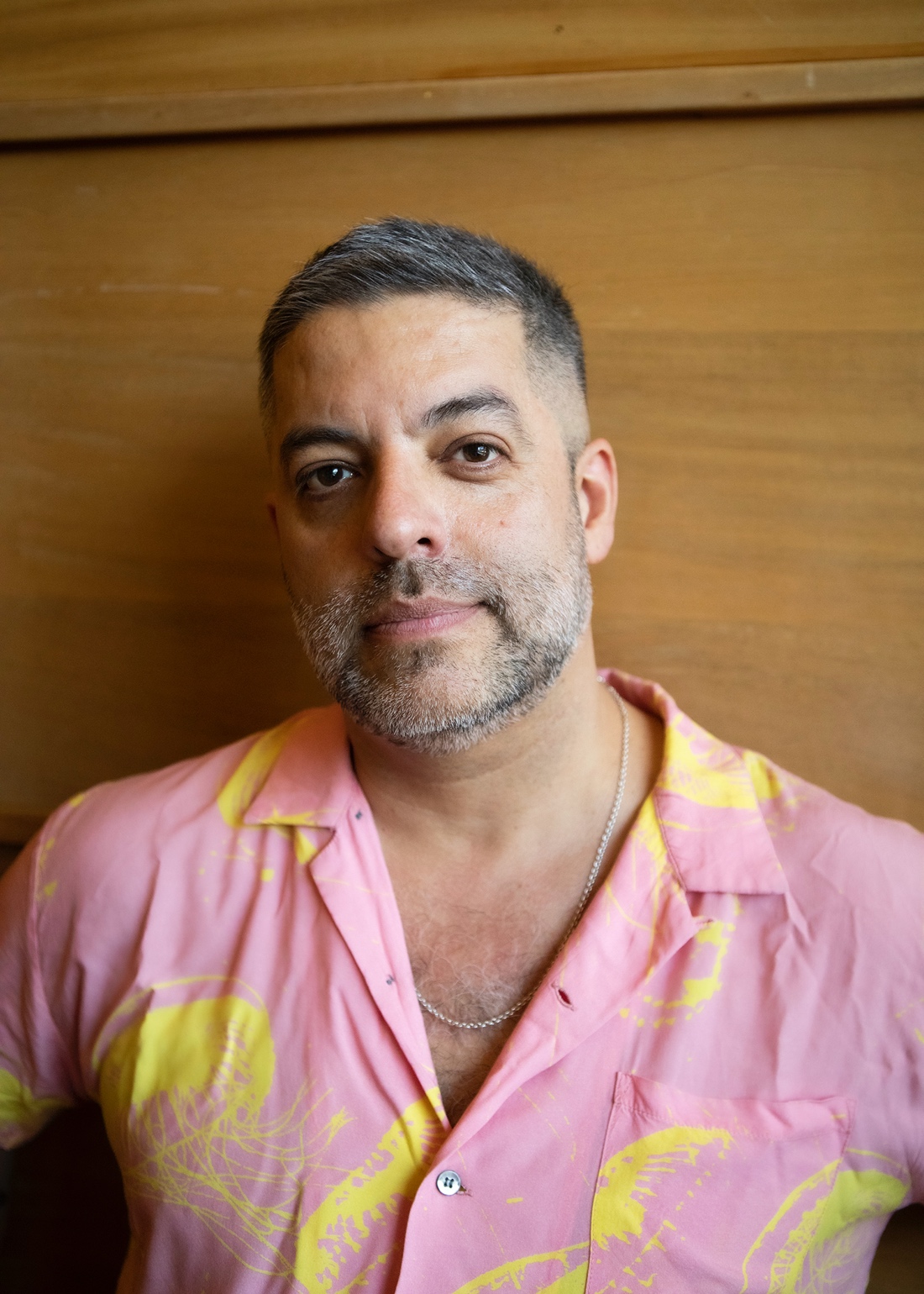 Miguel Gutierrez is a choreographer, music artist, writer, visual artist, educator, podcaster, community advocate/agitator, and Feldenkrais Method practitioner who has spent the last 25 years living on Lenape/Canarsie land in the area referred to as Brooklyn, NY. His work creates irreverent and empathetic spaces outside traditional discourse. He has been presented internationally in venues such as REDCAT, Showbox LA, Los Angeles Performance Practice, Wexner Center for the Arts, Walker Art Center, Centre Pompidou, Festival Universitario de Colombia, Centre National du Danse, Brooklyn Academy of Music, New York Live Arts, the Kitchen, American Realness, and the 2014 Whitney Biennial. He has received support from Dance NYC/Dance Advance Fund, MAP, New England Foundation for the Arts’ National Dance Project, National Performance Network, and Creative Capital. He has received fellowships from the Guggenheim Foundation, United States Artists, New York Foundation for the Arts, and Foundation for Contemporary Arts. He has a Franky Award from the PRELUDE Festival, and he has received four New York Dance and Performance “Bessie” Awards. He was a 2016 Doris Duke Artist.

Gutierrez was the 2020-2021 Caroline Hearst Choreographer in Residence at Princeton University, and taught in the dance program as a Visiting Lecturer. He was also recently a Guest Lecturer in the MFA Art program at Hunter College. He has served as visiting lecturer and guest artist at Bennington College, CalArts, Hollins University, Yale University, Brown University, Rhode Island School of Design, UCLA, UCSD, and Carnegie Mellon University. He has also taught in many dance programs around the world, such as Movement Research, CAMPING at the Centre National du Danse, ici Montpellier, ImPulsTanz, and Bates Dance Festival. He created and directed LANDING, a non-academic educational initiative held from 2016 to 2019.

His work is discussed and featured in Performance Now: Live Art for the Twenty-First Century by Roselee Goldberg (Thames & Hudson, 2018), The Choreographic by Jenn Joy (MIT Press, 2014), I want to understand what is happening to me by Amanda Hamp (TDR, 2016), and All the Possible Variations and Positions by Ryan Davis (Theater Magazine, 2015). He has also contributed essays to A Life in Dance (ed. Rebecca Stenn and Fran Kirmser, CreateSpace, 2017) and In Terms of Performance: A Keywords Anthology (ed. Shannon Jackson and Paula Marincola, The Pew Center & UC Berkeley, 2016). His book of performance texts, When You Rise Up (2009), is available from 53rd State Press and his 2018 essay “Does Abstraction Belong to White People” is one of the most viewed writings at BOMB magazine online.

His new work, I as another, a duet that explores the virtual architecture of memory and how unknowable we are to each other, recently premiered at Bates Dance Festival. And his new music project sueño, where he sings tiny epic odes to melancholy in English and Spanish, was presented on the High Line in New York City in September. He creates and hosts Are You For Sale?, a podcast that looks at the ethical entanglements between art and money.

Gutierrez received his B.A. with honors in Theater and Performance Studies from Brown University in 2021 after a 27-year hiatus from college. Currently he is an MFA candidate in Studio Art in the Low Residency program at the School of the Art Institute of Chicago. www.miguelgutierrez.org