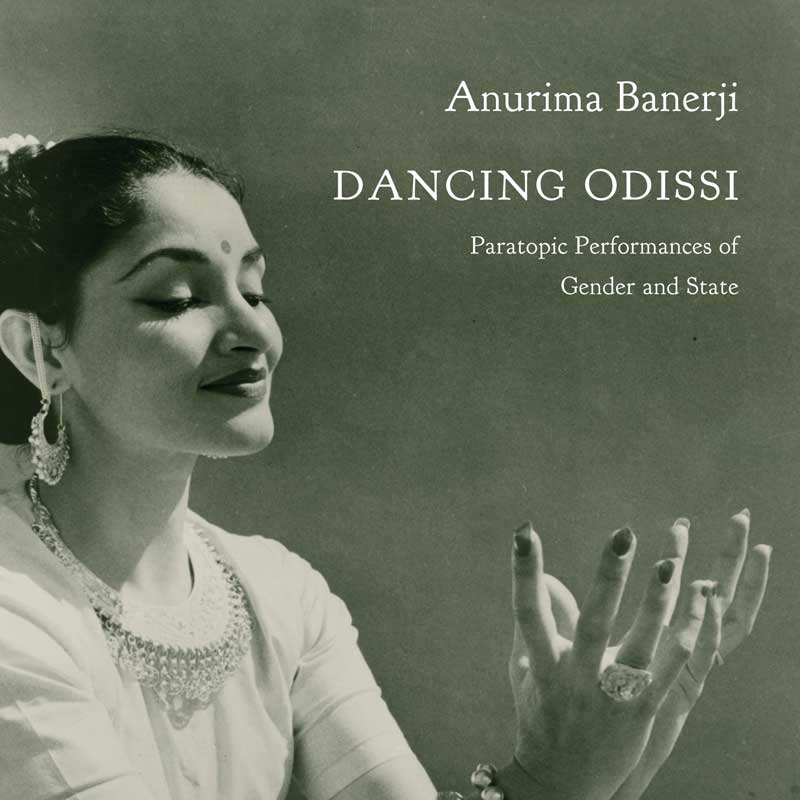 Anurima Banerji is Associate Professor and current Graduate Vice Chair in the Department of World Arts and Cultures/Dance. She is the author of the monograph Dancing Odissi: Paratopic Performances of Gender and State (Seagull Books/University of Chicago Press, 2019), recipient of the 2020 de la Torre Bueno Prize awarded by the Dance Studies Association. With Dr. Violaine Roussel, she co-edited How to Do Politics with Art (Routledge, 2017). Currently she is working on a new book project, The Impossibility of Indian Classical Dance, as well as co-editing The Oxford Handbook of Indian Dance with Dr. Prarthana Purkayastha. She also co-edited a special issue of the journal Conversations Across the Field of Dance Studies on “Decolonizing Dance Discourses” with Dr. Royona Mitra.
In 2013, her essay “Dance and the Distributed Body,” published in About Performance, received the Gertrude Lippincott Award from the Society of Dance History Scholars. She also won the 2007 Outstanding Graduate Research Award from the Congress on Research in Dance for her essay “Paratopias of Performance: The Choreographic Practices of Chandralekha,” later included in Planes of Composition: Dance, Theory, and the Global (Seagull Books, 2009). Additional writings appear in the journals Contemporary Theatre Review, Economic and Political Weekly, South Asian History and Culture, and Women and Performance, and edited volumes like The Moving Space: Women in Dance and the Oxford Handbook of Dance Reenactment. She was also part of a group of artists and scholars who contributed to the exhibition A Slightly Curving Place, presented by Haus der Kulturen der Welt (HKW) in Berlin, Germany, and the Alserkal Arts Foundation in Dubai, UAE.
As a poet and trained Odissi dancer, Banerji shares the faculty’s important goal of bridging the worlds of academia and art. Her research principally concerns critical historicizations of Indian dance and its relationship to the state. Banerji’s work is situated in the fields of dance and performance studies, and informed by an intersectional and interdisciplinary approach based on insights from postcolonialism, critical race theory, feminist and queer thought, and studies of class, regionalism, and religion in India.
Banerji is affiliated with the UCLA Center for India and South Asia, Center for Performance Studies, the Center for the Study of Women, and the LGBTQ Studies Program. She has served on conference committees for the Dance Studies Association (DSA) and Association for the Study of the Arts in the Present (ASAP). She participated as guest faculty at the 2019 DSA/Mellon Seminar for Emerging Scholars and has served as guest lecturer at Jawaharlal Nehru University’s School of Art and Aesthetics in New Delhi, India and the Center for Contemporary Dance at the University of Music and Dance in Cologne, Germany.

Banerji has received fellowships from the American Association of University Women, the Hellman Foundation, the Jawaharlal Nehru Institute of Advanced Study, and the International Research Center at Freie Universität to support her research. In 2023 she will be a Fellow at the Center for Ballet and the Arts at New York University.