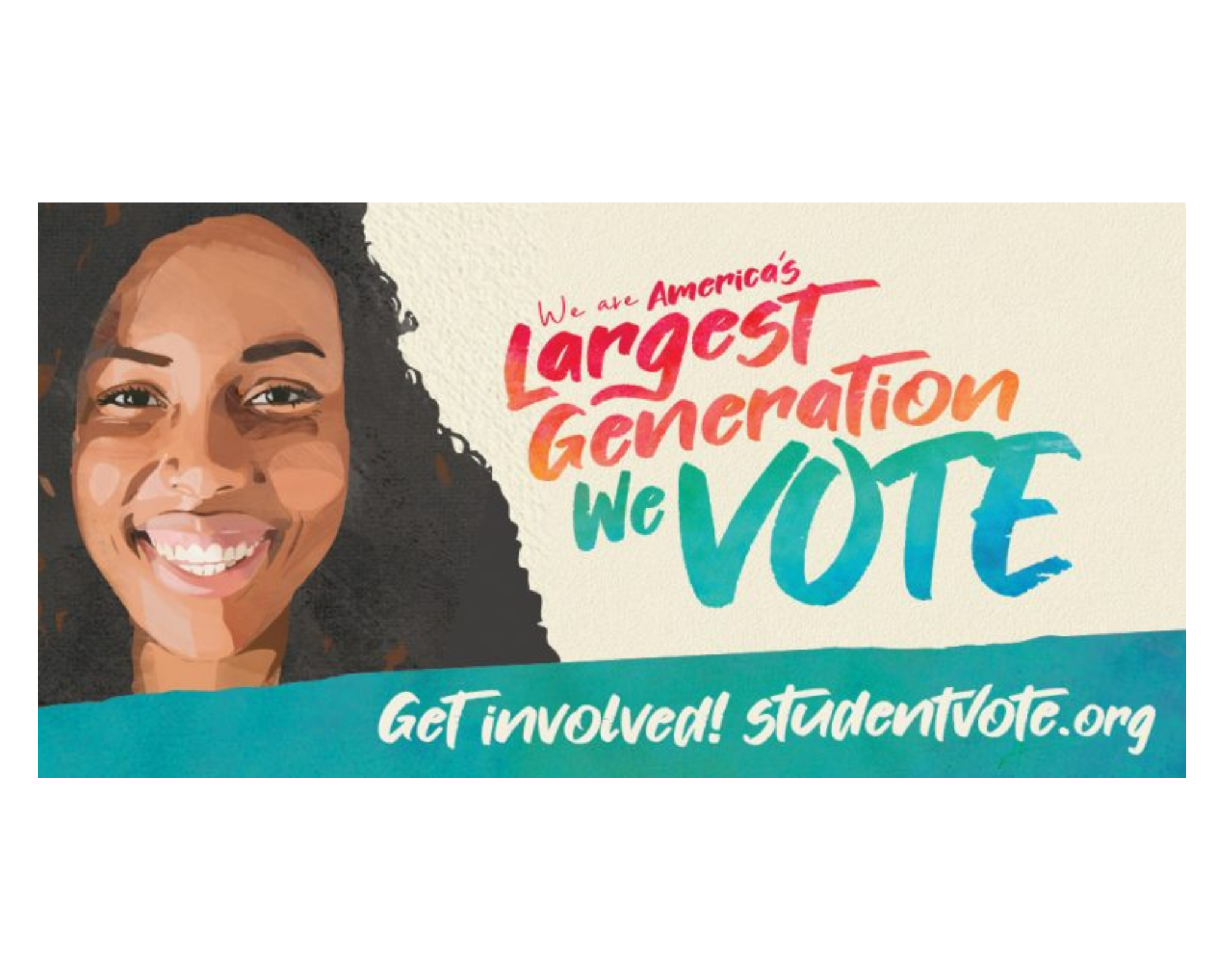 Nov 8 election coming up and the CA Deadline to register on Oct 24.

StudentVote.org is a project of the Student PIRGs’ New Voters Project, which is America’s oldest and largest field-based nonpartisan youth voter mobilization program. The Student PIRGs’ New Voters Project, a 501(c)(3) organization with 4945(f) status, has run peer-to-peer young voter mobilization drives to turn out the youth vote on college campuses for more than 25 years. The New Voter’s Project does not endorse, either explicitly or implicitly, a political candidate or political party for elected office. Our goal is to engage as many students as possible in each and every election cycle in order that our generation be represented in the political process, regardless of ideology or political affiliation.

The Student PIRGs have been pioneers in youth voter registration and mobilization efforts. In 1983, the PIRGs launched the National Student Campaign for Voter Registration, the nation’s first major youth mobilization effort since 18 years olds received the franchise in 1972. This initial effort helped register nearly one million students to vote throughout the 1980s. In 1994, working with Rock the Vote, Campus Green Vote and Green Corps, the PIRGs launched the Youth Vote Coalition. The coalition eventually grew to include more than 100 organizations, helped to register well over a million voters through the participating organizations, and helped to ensure coordination and collaboration within the youth civic engagement community.